Janken Deck is a rock-paper-scissors game mixed with hand management, strategy, and the luck that we have all come to love/hate.

The player to first win 3 Tokens is the winner.

A player starts the round by playing a card from their hand to the center of the table. The first card played may be any card. Subsequent cards must follow Janken Deck rules.

Play a Card from your Hand

Players now alternate playing a card from their hand. A valid card must follow one of these rules:

Play continues until a player cannot play a valid card.

The player that could not play a valid card has lost the round. The winning player receives one Token.

The cards from the center of the table are added to the winner’s Discard pile.

Players may choose to discard up to 2 cards from their hand into their respective Discard piles.

End of the Game

Wild cards can be any Type when played and have a value of 0. Once played, that card will stay that Type moving forward. 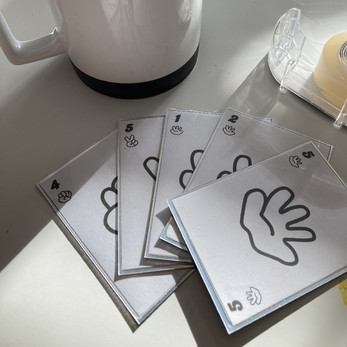 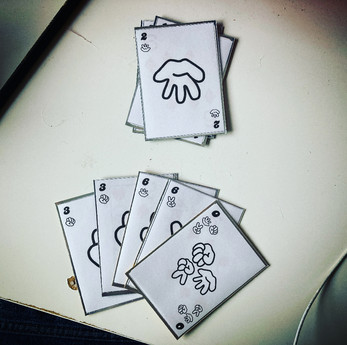 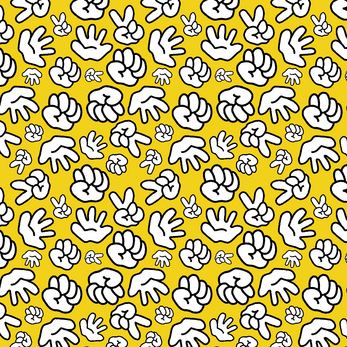