Have a bunch of unused Pokemon cards laying around? Play a free new dice game with them!

Have the highest score after five Pokemon catch attempts.

1. Choose one of the face up Pokemon cards.

3. You may reroll any of the dice up to an additional 2 times.

4. You may not reroll any dice showing a "MISS".

5. If you roll 3 or more "MISS" dice, the Pokemon runs away and this Pokemon catch attempt is automatically missed.

- You must have at least one Pokeball showing to catch the Pokemon.

- The sum of all attack values must be equal to or greather than the HP on the Pokemon card.

- If the sum is greater than the HP on the Pokemon card, it is a "Catch".

- If the sum is equal to the HP on the Pokemon card, it is a "Perfect Catch".

- If you successfully catch a Pokemon, write the HP of that Pokemon in the appropriate area ("Catch" or "Perfect Catch" for the catch attempt).

- If you do not successfully catch a Pokemon, write a 0 in the "Miss" column for the catch attempt.

If you roll all Pokeballs, the Pokemon is automatically caught and this counts as a "Perfect Catch".

- Add up all of the values in the "Catch" column 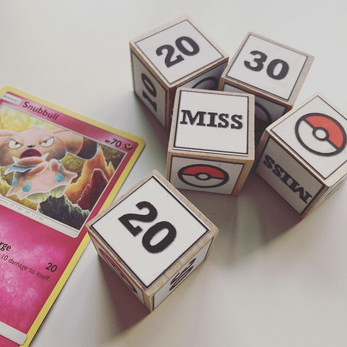 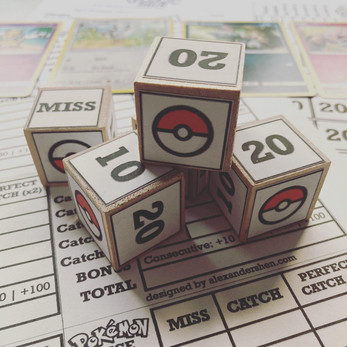 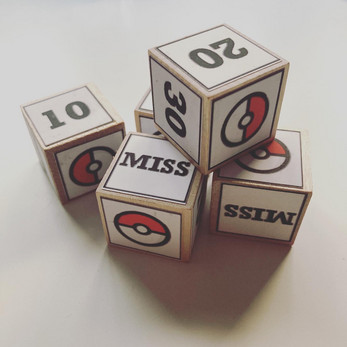