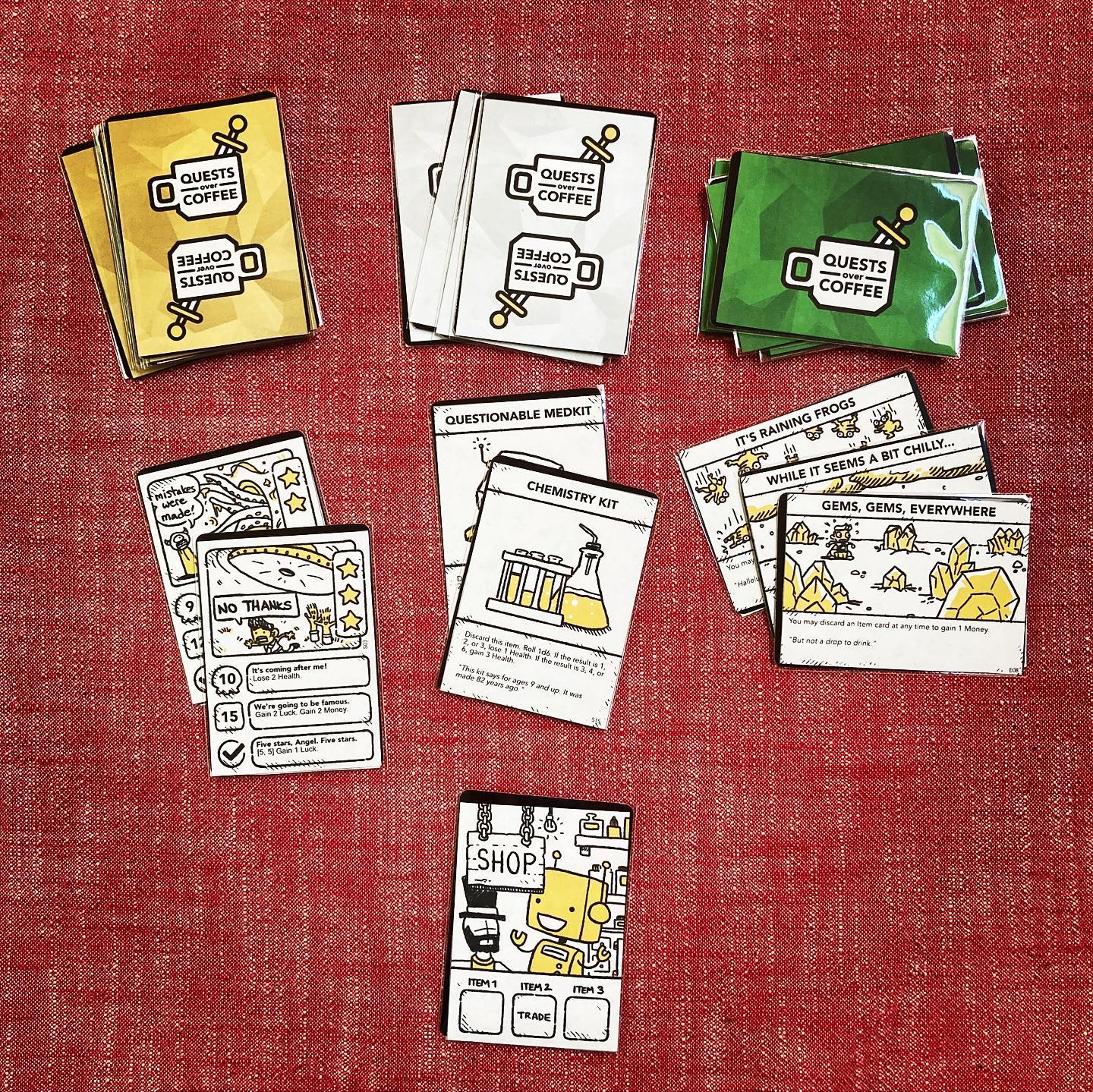 As the popularity of the adventurers fulfilling quests reaches further parts of the world, their presence also brings with them turmoils of "being well known". Cultures and technologies clash! Is this magic? No, it's science! Science shmience, this is magic! Only you can wade through these petty fights and bring a fragmented fanbase together. Spoiler: it's science.

What is included in this expansion?

Get Quests Over Coffee

Solo dice and card quest game over a cup of coffee (or tea)!