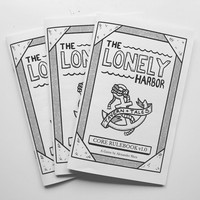 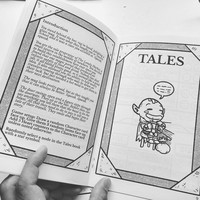 This story was inspired by the events of a simple playthrough via  the Tales included in the Core Rulebook. While not the word-for-word text from the Tales nodes themselves, it is the kind of memory I want the player to be able to hold in their heart/soul/brain after playing. Thanks for playing!

There was this one time when I was behind the bar, polishing a glass, when someone walked through the door. They had a suit on.  It had tubes, wires, and a dark helmet covering their face. They sat down at the stool and started to tell me about their most recent adventure.

I'd never been to Twigstone, but it sounded like a nice place. It even had a restaurant where the cooks would test out new cuisine on those who passed by. This adventurer took up the offer and tried their new mystery burger. They didn't remember much after that, describing it as something they wouldn't want to try again. Most of the memories after that point were gone. That's when we both noticed the same thing: this adventurer had died. Food poisoning? A terrible allergic reaction? Maybe green meat was not the best meat?

Death is an interesting thing. Sometimes adventurers know they died and sometimes they don't. Both living and non are welcome at The Lonely Harbor. I wished them well. I have a feeling I will see them again some day.

Get The Lonely Harbor: Tavern and Tales

The Lonely Harbor: Tavern and Tales

A solo dice-driven story telling game filled with a colorful cast of characters!